Digital Manager of the VII Summit of the Americas

The Summits of the Americas bring together the Heads of State and Government of the Member States of the Hemisphere to debate shared political aspects, affirm common values, and commit to concerted actions at the national and regional levels in order to face current challenges and futures facing the countries of the Americas.

A couple of months before the creation, organization and planning of the teams that would participate as members of the digital communication team began. Several teams were created based on the different workflows that were to be developed before and during the summit.

For example, before the event begins, the different state representatives would arrive in Panama at different times, airports, and days. And it was necessary to cover their arrival with videos, photographs and content on social networks.

The importance of the event in the hemisphere did not go unnoticed by social networks such as Twitter or news media such as CNN. The representatives of both companies coordinated meetings with me to align our agendas and thus work on a collaboration strategy.

As it would be the first summit in the Americas with a digital presence, the vice president of Twitter Goods Colin Crowell suggested that we develop a Q&A with the president of the organizing country (Panama). Here are more proofs of my participation:

One of the most serious problems we had at the event was the web host. It had too rigid security protocols, to the point that you could not update the news or the design of the site without triggering blocks. Unfortunately, the supplier never lived up to expectations, and being a government contract it cannot be revoked by regulations and laws.

However, in the end it was possible to upload the site and despite the fact that the blog had problems publishing the news, because of the web host’s fault. We send press releases by email to journalists from the major networks. Therefore the problems on the website did not interrupt the work flow.

As the organizing country of the summit, we take advantage of the media attention to advertise Panama. Therefore we create tourist, historical, economic and cultural content to publish on social networks.

For the first time in over 50 years, the presidents of the United States and Cuba meet on April 11, 2015. Barack Obama and Raul Castro, President of Cuba and brother of Fidel Castro, with whom the United States broke off diplomatic contact in 1961, shook hands and expressed a willingness to put one of the world’s highest-profile diplomatic feuds in the past. 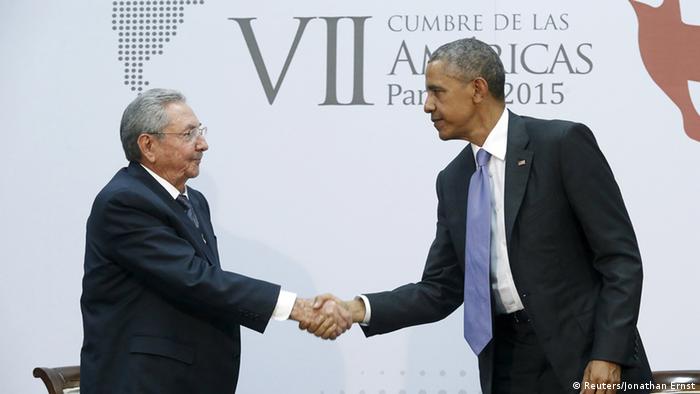 I am very proud of my participation as the Digital Manager of the VII Summit of the Americas, the event had no incidents beyond the web hosting, and we achieved the task successfully.

* I have only shared the basics of information based on the client’s permission and confidentiality.